QUESTION: Are Israeli Settlements in the West Bank Illegal Under International Law? 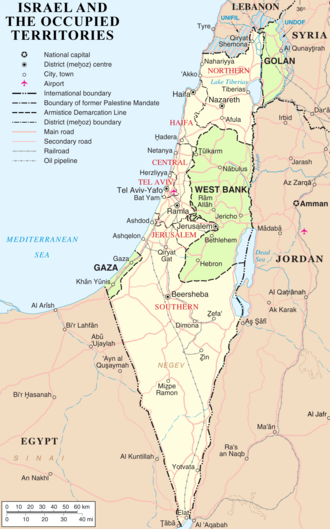 Previously, the United States position on settlements had been mixed.  Until 1978, the U.S. took no position on the legality of the settlements.  In 1978, President Carter’s administration, relying on a State Department memo (the Hansell Memorandum), declared settlements to be inconsistent with international law.  Less than three years later, President Reagan repudiated the Carter position.  For the next thirty-five years, both Republican and Democratic administrations avoided taking any position on the legality of settlements.  In 2011 President Obama exercised the U.S. veto power over a Security Council Resolution condemning Israeli settlements.  However, in 2016, he abandoned the longstanding policy by abstaining on a Security Council Resolution which declared settlements illegal.  In abstaining, the U.S. Ambassador to the U.N. stated the decision was “fully in line with the bipartisan history” of how the U.S. presidents have approached the issue for years.

So, the question for the month is “Are Israeli settlements in the West Bank illegal under international law?”

The Arguments Claiming Settlements Are Illegal

The United Nations General Assembly and Security Council, the International Court of Justice, as well as the international community in general have stated Israeli settlements violate the Geneva Conventions and international humanitarian laws.

It is important to understand that U.N. Security Council and General Assembly resolutions, such as those declaring the settlements illegal, are not binding.  The International Court of Justice Opinion is an “Advisory Opinion” and, therefore, likewise not binding.

The argument against legality of the settlements under the Geneva Convention is laid out in The Hansell Memorandum.  The essence of the argument is:

The Arguments Supporting the Legality of Israeli Settlements

Article 49 of the Geneva Convention does not apply because neither the Palestinian Arabs nor Jordanians had sovereignty over the West Bank.  The lands were “disputed” territory into which Jews had the right to settle whether under the Mandate for Palestine or because of settlements prior to 1948 and the Jews historic connection to the land.

Even if the Geneva Convention applied, Article 49 was adopted after World War II with the intention of protecting against the enslavement, forced labor or extermination of the population.  It prohibits forced movement.  The settlements by Jews were voluntary.

Settlements have only been permitted by Israel following investigations to ensure that communities are only established on public lands or on private lands legally acquired.

The issue of settlements is a complex one that will only be resolved through negotiations, not with charges of illegality.  Both Jews and Palestinians have legitimate claims of connectivity to this ancient land.

*Any opinions expressed in this article are those of the author and not necessarily those of The Jewish Federation of Sarasota-Manatee or of the Community Relations Committee.