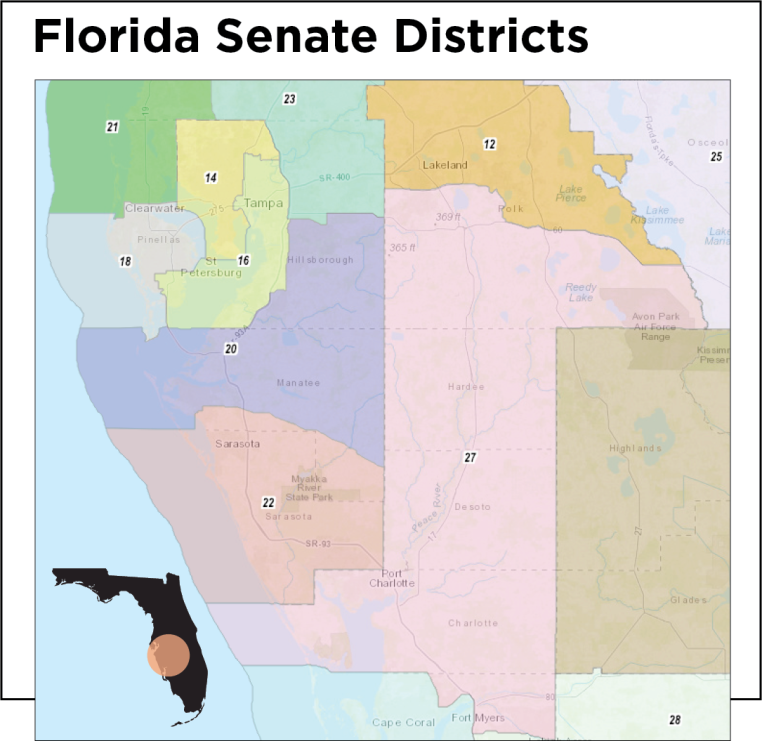 Find your state senator by inputting your home address here. 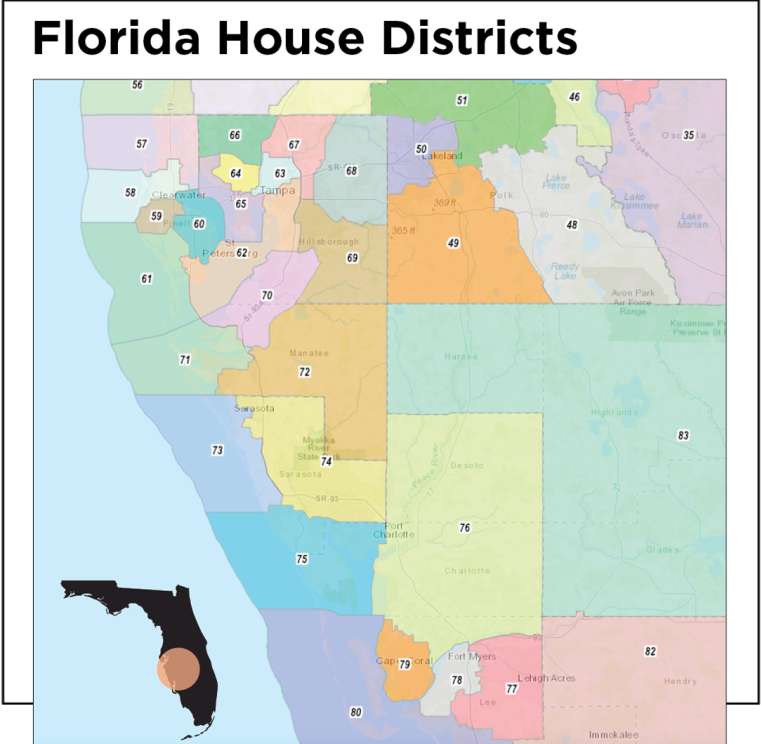 Find your state representative by inputting your home address here. 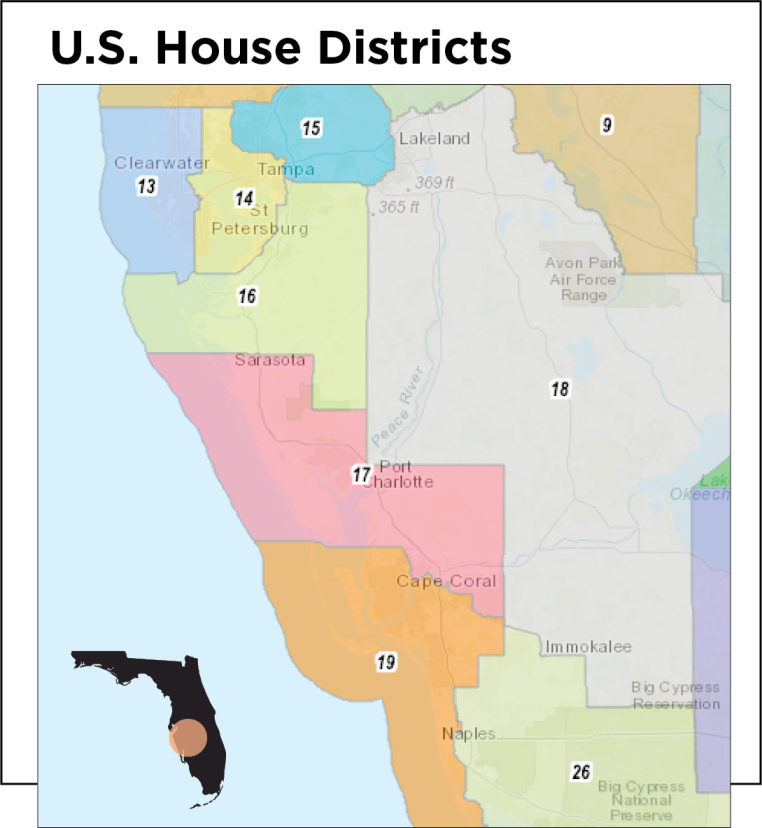 Throughout the 2022 Legislative Session, Florida legislators worked to redraw lines across the state in order to account for uneven changes in population, as well as an additional seat in the U.S House of Representatives.

New state legislative maps passed early in session, and were swiftly approved by the State Attorney General Ashley Moody and the Florida Supreme Court. Congressional districts proved to be more of a challenge, with maps passed in the Legislature being vetoed by Gov. Ron DeSantis at the close of session. lawmakers reconvened for a Special Session to pass new plans in March, which were approved by the governor and will be utilized in the 2022 election cycle.

Under the new maps, Republicans maintain their current majority over Democrats on the state and federal levels, with the new Congressional plans adding four Republican seats and removing three highly competitive seats from Florida's portion of the U.S. House of Representatives.

You can read more details about the 2022 redistricting cycle by visiting Florida Redistricting 2022, a special website set up by the state House and Senate. There you will find:

What's on your ballot? Read about candidates and other ballot info here

Are you registered? Check your status here

Where do you vote? Find your local polling place 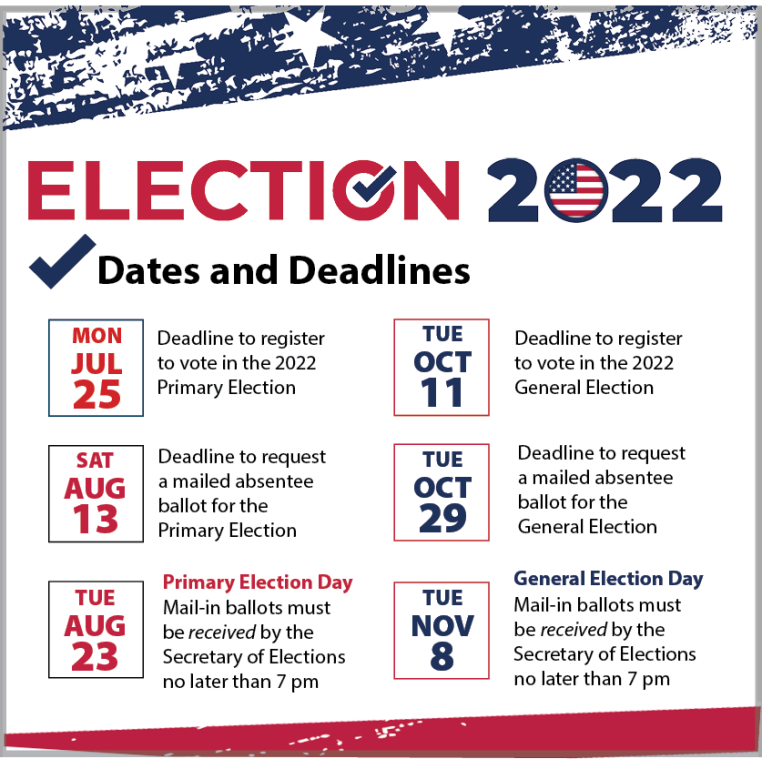