• It is virulently anti-Israel, anti-Semitic and anti-Western

• It was founded in Ismailia, Egypt in 1928 by Hassan al-Banna as an Islamist religious, political, and social movement.  Its credo is "God is our objective, the Qur'an is our constitution, the Prophet is our leader, Jihad is our way, and death for the sake of God is the highest of our aspirations".

• Its followers believe that Islamic Shari'ah law based on the Qur'an should be applied to all parts of life, and is the "basis controlling affairs of state and society."

• The Muslim Brotherhood, the Grand Mufti of Jerusalem, and Hitler and the Nazis had plans to bring the Holocaust to the Middle East. Prior to the establishment of Israel, it received money from the Nazis to establish a terror network and suicide squads to deal with first Egyptian, then Palestinian Jewry.

• After 1948, The Brotherhood essentially became a terrorist organization with the murder of Prime Minister Nokrashi by the brotherhood, the assassination of President Anwar Sadat by Islamic Jihad - one of their offshoots, the firebombing in Luxor that took hundreds of lives, and the expansion of their organization world-wide.  Funded by the Saudis, they opened a Munich mosque where the 9/11 hijackers were radicalized.

• Students of the Muslim Brotherhood and radical Islam know that the goal of both terror groups is to create an "Ummah", or Muslim community worldwide. The leadership and members of the Brotherhood look upon Judaism, Christianity, and Western civilization as a perversion. 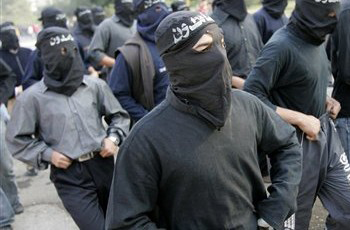 "We pray Allah to take this oppressive, Zionist band of people...do not spare a single one of them ... count their numbers and kill them down to the very last one."
Spiritual Head, Yusuf al-Qaradawi.

"We will continue to raise our banner of Jihad against the Jews, our first and foremost enemies."
Muslim Brotherhood Supreme Leader, Mohamed Badi.