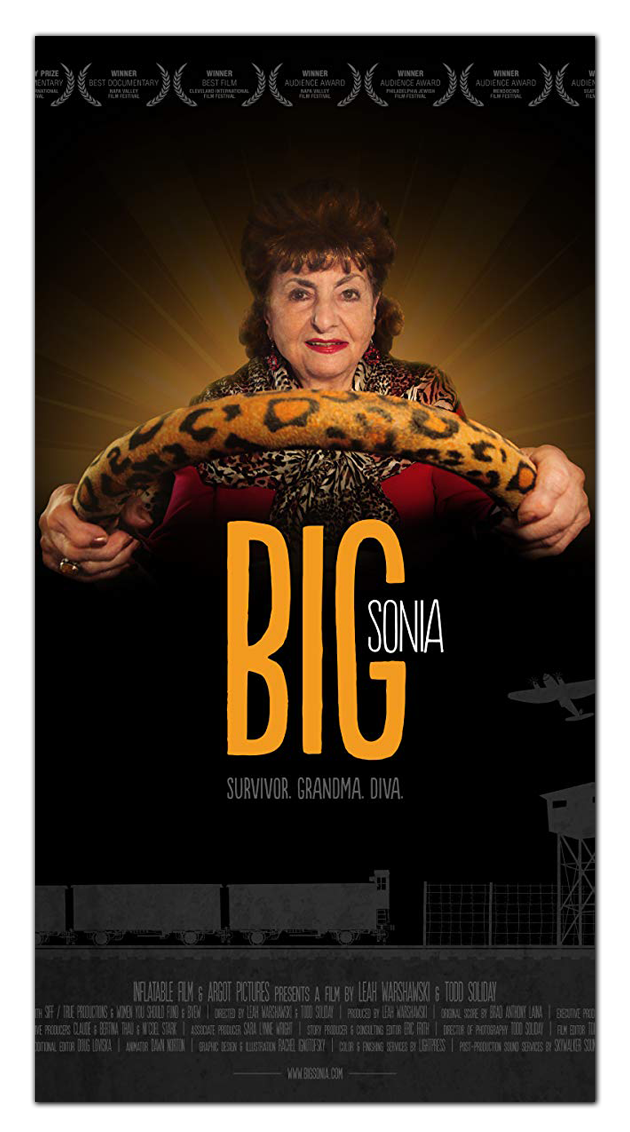 Sonia Warshawski, a Holocaust survivor who lives in Kansas City, Kan., is the star and subject of the documentary “Big Sonia” — now 91, she’s had time to accumulate character. When we meet Sonia, her tailor shop is the last remaining business in a deserted mall. She parks her Oldsmobile in a no-parking zone every morning. She loves leopard print, marveling that it never goes out of style.
But between shop duties, speaking engagements and gefilte fish preparation, Sonia recounts her memories as a witness to senseless murders, including the death of her own mother in the gas chambers. Sonia neither forgives nor forgets the brutality inflicted upon her during the war, and her recollections are forcefully raw despite the habit she’s made of sharing them. After more than 70 years, she still sleeps with her mother’s scarf inside her pillow.
BIG SONIA also offers a laugh-out-loud-funny portrait of the power of love to triumph over bigotry, and the power of truth-telling to heal us all.

The series is free, but audience members are encouraged to bring cans of food as well as new toys and school supplies, which will be donated to such community organizations as All Faiths Food Bank, Toys for Tots and Title 1 schools.