The Violins of Hope

Instruments which, by telling their story, preserve the history of the Holocaust and honor the survival of the Jewish people.

The Violins of Hope

The story of the instruments that gave hope to the hopeless.

Scenes from the Event 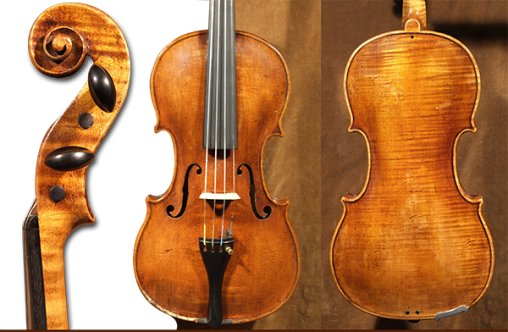 This violin was owned by an inmate who played in the men’s orchestra at the concentration camp in Auschwitz, and survived the war.

Abraham Davidowitz, an Israeli soldier who served in the (British initiated) Jewish Brigade, was approached by the survivor and asked to buy the violin. Davidowitz payed $50 for the instrument hoping his son in Israel, Freddy, would play it when he grew up. Many years later Freddy heard about the Violins of Hope project and donated it to be fully restored and come back to life. Since then this violin —which is now in perfect condition— has become a symbol of Violins of Hope and has been played in concerts by the best musicians all over the world. Almost.

These kind of instruments were very popular amongst many Jews in Eastern Europe, as they were relatively cheap and made mainly for amateurs. They were made in Saxony or Tirol 150 years ago in a German workshop. The false (!) label reads: J.B. Schweitzer, which was a famous maker in his day. 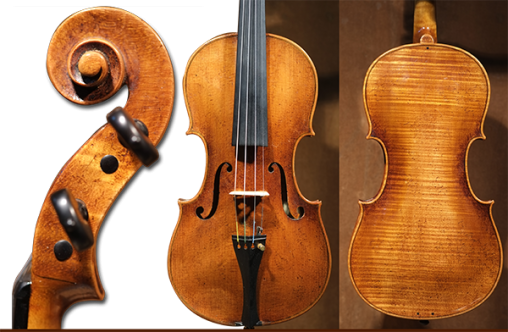 Erich Weininger was a butcher in Vienna as well as an amateur violinist. When the Nazis marched into Austria in 1938, Erich was arrested and sent to Dachau, where he managed to bring along his violin. He later was sent to Buchenwald and although he was not allowed to play there, he still kept his violin.

In a miraculous way, Erich was released from Buchenwald by the help of the Quakers. He then returned to Vienna only to be one of the very last Jews to escape Nazi Europe. He boarded an illegal boat to Palestine, but was soon arrested by British police who did not allow Jews to come to the country. Erich, with violin in hand, was deported to the Island of Mauritius off the coast of East Africa where he stayed until the end of WWII. While in Mauritius, Erich did not go idle. He started a band with other deportees, playing classical, local and even jazz music in Cafés, restaurants, etc. He reached Palestine in 1945.

His violin was given to our project by his son, Zeev.